Signs of the Time: How Amazon Is Driving Phoenix Real Estate And What It Means

Amazon.com Inc. (Nasdaq: AMZN) is now the largest industrial real estate tenant in the Phoenix regional market as e-commerce led by the Seattle-based giant becomes a bigger and bigger part of the U.S. economy.

That is according to commercial real estate research group CoStar Group (Nasdaq: CSGP).

That includes moving into a new 473,000-square-foot distribution center on Buckeye Road in Phoenix.

That brings Amazon’s leased footprint up to 4.7 million square feet. The e-commerce giant also has technology operations in Tempe.

Amazon has close to 6,000 employees in the Phoenix market.

The company is at the forefront for national site selectors and economic developers as it narrows its list for its $5 billion second headquarters.

Bids from Arizona (including the Phoenix and Tucson regions) didn’t make the cut down to the 20 finalists for Amazon.

E-commerce, distribution and manufacturing have been showing growth in the Phoenix market.

CoStar’s Petrivelli said industrial construction is at its highest levels in the Phoenix market in a decade.

“Around 8 to 9 million square feet of industrial space is slated to complete in 2018, which would be the biggest year for industrial deliveries since 2008,” he said.

Petrivelli said 18.2 million of industrial space was delivered regionally between 2015 and 2017 with about 4.2 million square feet of that still for lease.

There are some other new e-commerce deals coming to the market too. Chewy.com — an online pet product retailer— has a 800,000-square-foot distribution space in Goodyear.

Much of the big distribution operations are happening in and planned for the West Valley, which sits on Interstate 10 and has proximity to the Port of Long Beach.

Nikola Motor Co. announced earlier this week it was locating a 1 million-square-foot, 2,000-worker manufacturing plant for hydrogen-electric cars in Buckeye.

Some of the new projects have popped up along the Loop 303 freeway west of Phoenix.

Others are eyed for the proposed Interstate 11 freeway 50 miles west of Phoenix and well west of even Buckeye.

I-11 would connect Phoenix to Las Vegas and one of its likely routes is where an investment group owned by Microsoft (Nasdaq: MSFT) founder Bill Gates has bought a large chunk of land.

That has prompted plenty of interest in desert lands and development in around the I-11 route. 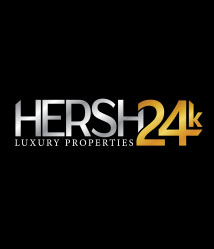